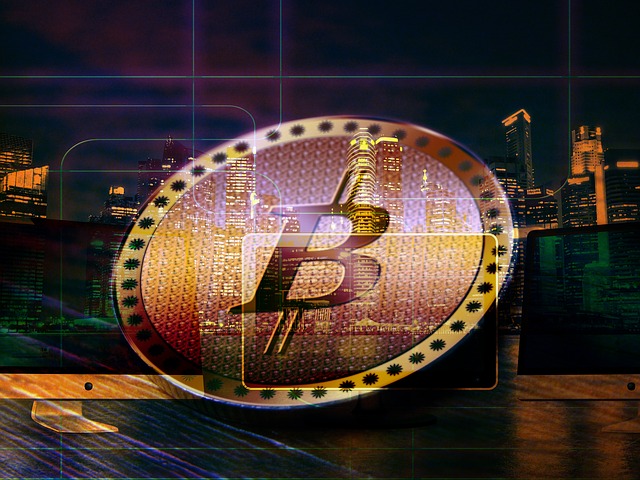 A single bitcoin is now valued at over $5,000 USD. The increase in value is a significant milestone in the life of the cryptocurrency, which has gained an increasing amount of global attention in the past year.

Bitcoin’s market capitalization has surpassed $96 billion. That means there are $96 billion worth of Bitcoins in circulation right now. That’s bigger than the value of Goldman Sachs or Morgan Stanley.

The currency would be the 15th largest component of the NASDAQ–if it were traded on the NASDAQ–outweighing other heavy hitters like Netflix, whose market cap is $84.5 billion.

The value of Bitcoin has exploded recently, following a years long journey that flirted with total deflation. After a spike in late 2013, it looked like Bitcoin was on its way out. By early 2015 it would’ve been easy to mistake it as a passing trend.

But 2016 saw a steady increase that resulted in Bitcoin nearly doubling its value. Since the beginning of this year, the value has been launching moonward. 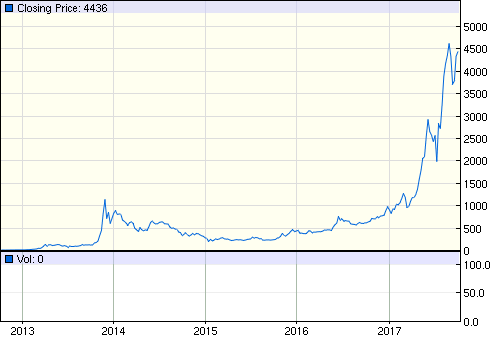 Less than ten years ago, a shadowy person or persons unknown working under the name “Satoshi Nakamoto” created Bitcoin, along with an economic white paper explaining its theory. These debuted in January of 2009.

On May 22nd, 2010, a programmer in Florida named Laszlo Hanyecz made the first real-world Bitcoin purchase. He transferred 10,000 Bitcoins to a volunteer in England, who dialed in a pizza delivery order for him.

At just over a year old, Bitcoin now had real world value. Ten thousand of them were worth two Papa John’s pies (estimated at the time to be worth about $41). This set the standard for the “pizza index.” Those same Bitcoins would be worth over $55 million today.

That makes the mysterious Nakamoto, who has an estimated million Bitcoins of his own, suddenly a billionaire. 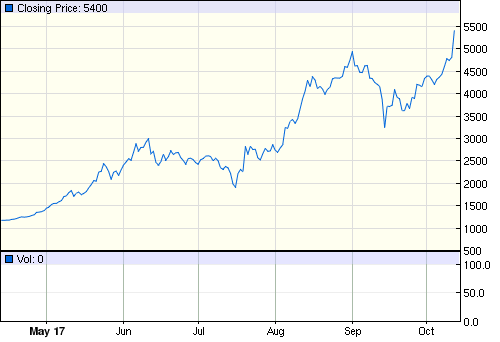 The decentralized, person-to-person nature of Bitcoin trading makes the currency seem like a threat to some federally sanctioned banking systems. And its largely anonymous trading doesn’t help its reputation as an anarchic disrupter.

China has banned the trading of Bitcoin, leading some to speculate that they’re planning to try launching their own state-sponsored cryptocurrency.

Goldman Sachs is considering dipping their toes in the Bitcoin trading pool, and Morgan Stanley CEO James Gorman has at least acknowledged it as “certainly more than just a fad.”

But not everyone on Wall Street agrees. Jamie Dimon, CEO of JPMorgan, recently called Bitcoin a “fraud,” and warned of a bubble

The Future of Bitcoin

The skyrocketing value could be a prelude to a sobering reality if the unstable currency, which isn’t backed by any natural resource or federally recognized currency, collapses.

On the other hand, the explosion could mean that Bitcoin is here to stay, and that the dinosaurs of institutionalized finance will have to step lively and adapt. 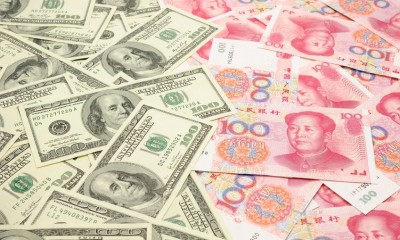