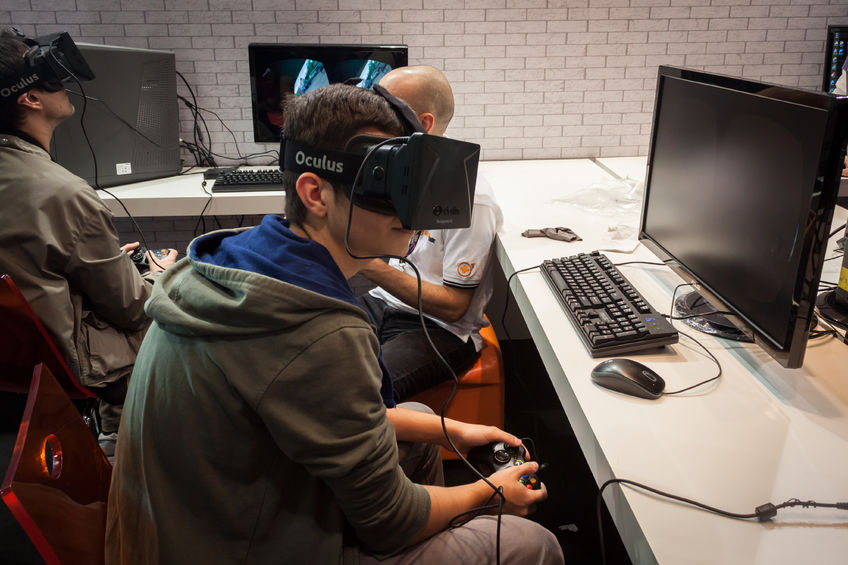 When the members of the Tampa Bay Buccaneers come back for training camp in August, they will be using virtual reality for their instructional sessions. The football simulator program was developed by EON Sports VR and given the name of SIDEKIQ. The team will use the software to supplement their on-field training. Moreover the Tampa Bay Buccaneers will be the first among the NFL teams to use virtual reality technology for their youth football level. The technology will see action at the Cannonfire QB Clinic at Skyway Park in Tampa on July 25.

Jason Licht, general manager of the Buccaneers, announced that they are very excited for being a pioneer in using virtual reality as a supplement to the classroom and on-field work of their quarterbacks. Although it cannot replace the actual on-field training, the technology allows them to enhance their team members’ learning experience without the need to spend additional time on the field, Licht added.

Several innovations on the VR platform

Virtual reality technology application is growing in usage among professional and college sport teams. What makes SIDEKIQ simulator different is that it’s the first computer simulation application that permits the user to seamlessly input playbooks – one for the team and one for the opponent, into the program. The SIDEKIQ system is portable, can be used via a smartphone and needs only its proprietary software and a lightweight headset that is especially designed for it.

The software simulates the game conditions through computer-generated graphics. Moreover, the software could be customized, with the user allowed to tailor the scenario to the same view that players could see during a practice session or in an actual game.

Virtual reality is fast becoming a big hit among high school and college sports programs as well as in sports teams playing professionally. The application allows them to include more teaching tools to the training program while minimizing player exposure to injuries that could occur during actual on-field training sessions, according to Brendan Reilly, the CEO of EON Sports VR. He added that they were excited for being able to give the Buccaneers the chance for a more efficient training method.

The football clinic where the Buccaneers will participate is designed for young football players from the 4th grade up to the 12th grade. It will have classroom-style instructions as well as on-field sessions. The Buccaneers will be rolling out SIDEKIQ during the clinic.

More in International and Athletics