NASA Plans to Launch Commercial Supersonic Air Travel in the US 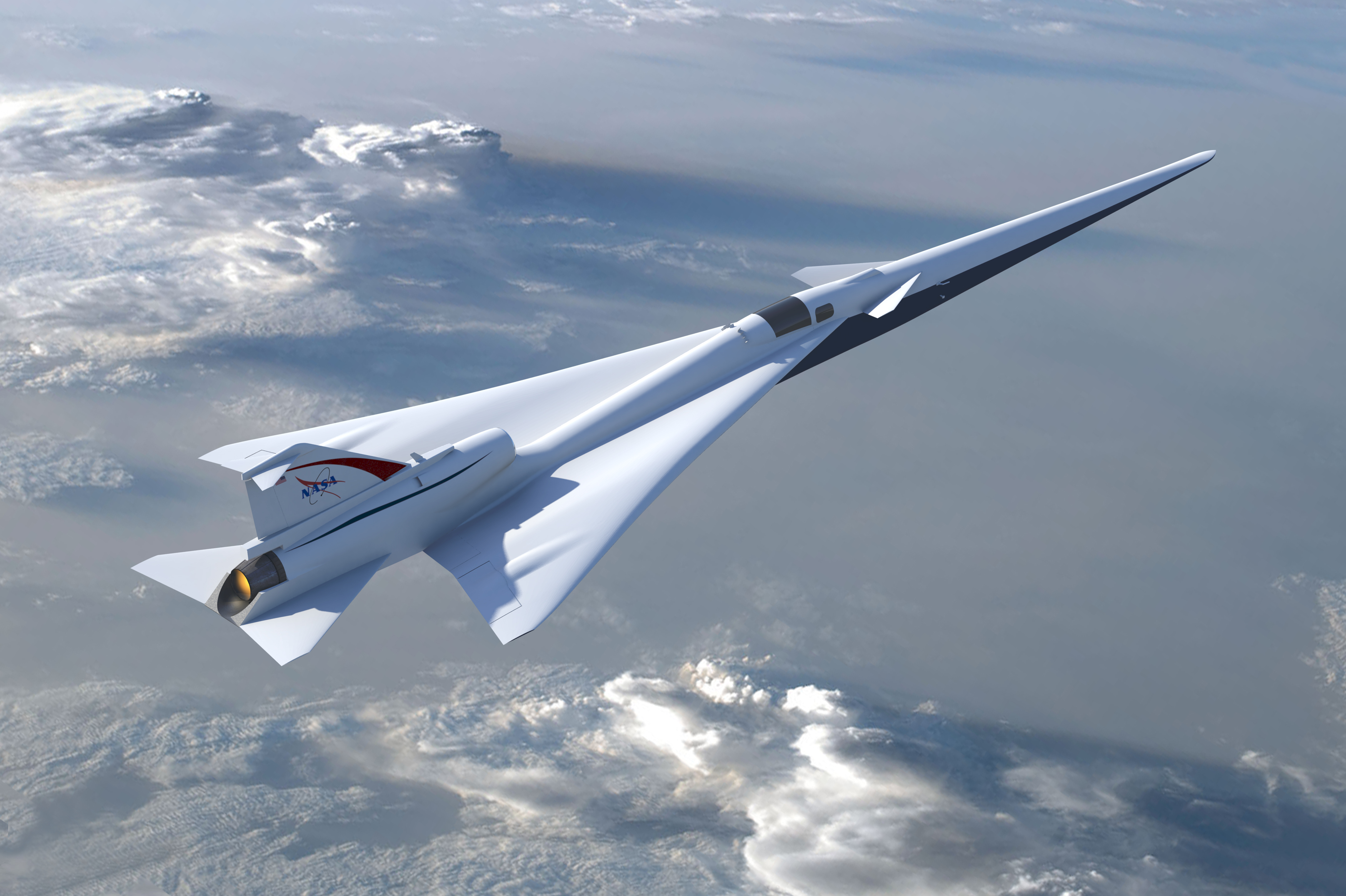 How great would it be if you could kick that jetlag and do all of your traveling at mach 1? Supersonic air travel would cut your flight time from London to New York in half. Well, NASA’s on your side. They’re developing a new supersonic commercial airliner that will not only carry you faster than the speed of sound, it’ll do it quietly.

Or at least, comparatively quietly. Breaking the sound barrier produces a sonic boom, which is illegal for a commercial airliner in U.S. airspace. NASA’s calls their design the ‘X-Plane.’ They aim to muffle the disruptive boom to make commercial supersonic air travel legal. It will also be unobtrusive to those within the boom radius of the aircraft.

NASA’s Commercial Supersonic Technology Project Manager, Peter Coen, says that “NASA has been working for decades, essentially, on looking at technologies to take the ‘boom’ out of ‘boom.’ We’d like to have a ‘sonic thump’ or just ‘sonic sound.’”

If you’ve ever seen fighter jets at an airshow, or practicing over the Air Force Academy, you know what supersonic air travel looks like: the aircraft rockets overhead in silence, and moments later a shock wave roars past, as if trying to catch up with the jet.

It’s a sight (and sound) to behold, but imagine how obnoxious it would be if every commercial airliner flying over your neighborhood emitted the scorching roar of a fighter jet. That obtrusion, in part, is why commercial supersonic air travel became illegal in the U.S. in 1973.

And yes, commercial supersonic air travel technology dates back to 1973. Remember the Concorde?

Last Flight of the Concorde

Supersonic air travel for commuters is in itself nothing new. The British/French Concorde was a luxury commercial aircraft that could carry 100 passengers faster than mach 2–that’s twice the speed of sound. It flew supersonic air travel routes from 1976 to 2003, when Air France and British Airways retired the Concorde model following a deadly runway explosion that killed everyone onboard.

There were economic reasons to retire the Concorde, too. Tickets were sold at a premium, and only 20 aircraft were manufactured. Finding a sustained market for luxury, supersonic air travel proved difficult. And the aircrafts’ 70s era control systems were aging badly.

Boom is Manufacturing the Intercontinental XB-1

Fares will run for about the price of a standard business class ticket. Transoceanic flights won’t violate U.S. supersonic air travel laws. So these flights are green light as soon as the planes are market-ready.

Meanwhile, NASA is pulling for a quieter X model plane that can conduct supersonic air travel over the continental U.S. With help from Lockheed Martin, they’ve successfully tested a small model format. Their goal is to build a full size X-plane that emits a muffled sonic thump of about 60 and 65 dBa, not much louder than a car driving on the highway.

If all goes well, NASA will conduct supersonic air travel test flights in domestic airspace with their prototype X-plane starting in 2022. And you can look forward to telling your grandchildren all about the laborious 14 hour flights you used to take back when world travel was adventurous!