KFC in China Introduces New Payment Method – With Your Face 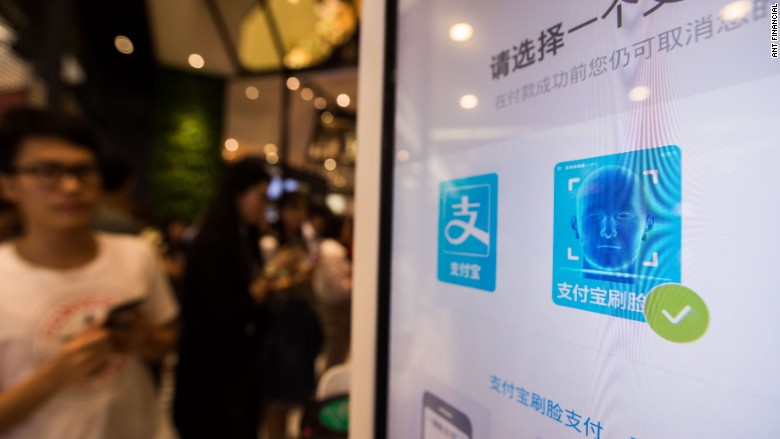 Face-detecting systems in China have taken off. The technology now can authorize payments, dubbed as ”paying with your face.” It’s a new and convenient method of payment that allows people to shop even if they forgot their wallet or their credit card.

The first establishment to employ these face-detecting systems is a KFC store called KPRO, located in Hangzhou. The feature is called “Smile to Pay.” KPRO specializes in healthy and fresh sandwiches and salads.

How the Face-Detecting Systems Work

The customer orders from a kiosk and stands in front of a wall-mounted terminal. The customer’s face is scanned by a facial-recognition program (face-detecting systems).

If the face matches with the image that is stored in the system, the customer just enters his or her phone number and the cost of the meal will be debited from the customer’s checking account connected to Alipay.

Ant Financial was the company that developed the system. It says that Kentucky Fried Chicken in the Hangzhou branch is the first store to use biometrics such as this. The company states that by entering the customer’s phone number, it protects the store from people who want to cheat the system. Ant Financial also says that there are other security systems employed by KFC.

The statement released during the unveiling on Friday says that Smile to Pay, which has a combined ”liveness” detection algorithm and 3D camera, will be able to deflect spoofing attempts by using video recordings and other people’s photographs effectively.

This ensures that a customer’s account is safeguarded. Ant Financial wants customers to know how secure the technology is. The liveness test requires the person being scanned to speak and move their head. Smile to Pay program analyzes over 600 facial features before it can make a match.

The new face-detecting systems are based on Alipay, a digital payment platform from Ant Financial. Alipay has over half a billion users located around the world. It has allowed people to use their faces to sign into the app.

Ant Financial is an affiliate of Alibaba, a huge e-commerce company in China. It is one of the investors in Yum China, which operates KFC stores in China.

Other Applications of Facial Recognition

Baidu, a Chinese tech company, started to do facial recognition software tests last year. They used the software to manage the admission of tourists in Wuzhen. The place is a historic town in Tongxiang, which is in the province of Zhejiang. Millions of people visit this ancient Chinese water town each year. It is called the “Venice of the East” and is the permanent host of the World Internet Conference.

Ant Financial says that their Smile to Pay Face-detecting systems will soon be introduced into various retails outlets in China. They hope that in the future people will be able to go out without their wallets or cell phones and not have to worry about how to pay for their purchases.

Experts say that the intro of facial recognition program in the country was boosted by China’s huge database of ID photos of its citizens as well the immense amount of photos the country collected from local Internet companies.

While the tech firms in the West are more cautious about facial recognition because of concerns about privacy, China combines the technology with its surveillance cameras for monitoring the activities of citizens.

Would you believe that at the Temple of Heaven, a park in Beijing, face scanners were installed in toilet stalls? The reason for this is to prevent people from taking more toilet paper than they can use.